Get To Know Pullman Standard with Punk Nation!

Pullman Standard are exactly the kind of band we love to feature on Punk Nation. They work hard, make great music, and are passionate about what they do. The Southern California band have been spreading their indescribable blend of alternative, rock and pop across the nation for the past two years and take pride in playing charity shows. They're definitely one of our favorite bands. We got the chance to chat with Pullman Standard about their album Steam Powered Hearts, their writing process and their band name. Check it out below! 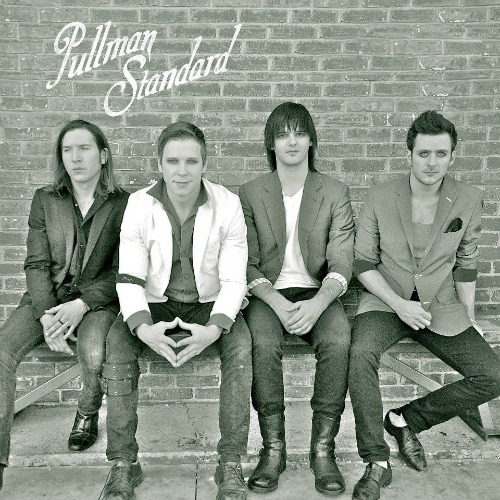 What's your best memory from the recording of Steam Powered Hearts?

Timmy Daniels: Steam Powered Hearts was a long time in the works and was recorded in pieces. Two song here, three songs there ... at various studios around LA over the period of about a year and a half. We had released Two E.P.'s before that so we had plenty of material to tour on and took our time with making sure every song had a purpose on the album.

Recording the song "Crazy Love" was memorable because of the fact that we were about two songs into the album writing wise and were still looking for a creative direction. I (Timmy D.) brought the song into a the rehearsal space and played the demo for the guys. They all looked at me and paused for a second and then Kev our old guitarist was like "That needs to be recorded now!" . It kinda was the song that every band needs when writing a record, it's that relief that says if you keep on this path you guys will be fine.

Austin Smith: Timmy is the primary writer in the band. He'll bring a demo into rehearsal most of the time and then we will work on it until it is something that we want to present to the rest of the band. In the past year since we released "Steam Powered Hearts" we have been on the road so much that we all just kick around ideas when we sound check and we have been writing more as a cohesive unit.

Do you have any pre-show rituals?

Daniels: I'll try to find a quiet space somewhere at the venue we're performing at and do a few push ups while listening to some Killswitch Engaged, Rancid, Old School Blink 182(Cheshire Cat), to get pumped up. But every night is different so pre show rituals vary.

Why do you make music?

Smith: So many reasons i cant even begin to count.

Daniels: People have things they love to do, some people love to work on cars, others love to shop. I love and live to write music and perform it, its what i do.

Luke Catandella: I like Timmy's answer but i'd like like to ad that a wise man once said "If you love what you do you will never work a day in your life."

What's the story behind your band name?

Daniels: The initial theme of our songs in Pullman Standard as a band had a lot to do with the early 1900's where the Pullman Standard railcar company set trends and the"standard" in travel style, fashion, and luxury . The Company didn't follow the competition, it focused on being a leader in their industry. Although "Pullman Standard" wasn't our first choice, it was the name that metaphorically held the most value in our minds. We always want to write the best songs and perform our music with the highest standard. And though we do not turn a blind eye to what fans of our music would like to hear , we don't look to follow the newest trend. We take in the world around us and focus on presenting music in the freshest, positive and powerful way possible.

What's next for Pullman Standard?

Daniels: Like Austin said... But to elaborate. Begining of 2014 we leave for our Winter tour for a month Staying in the Southwest(AZ,NM,TX,OK,KS,CO,NV). Come home for a two week break and then hit the road for another month and a half then if all goes as planned. The UK for two weeks and then more touring in the Summer.

Daniels: First off thank you for the interview. From all of us to you, THE FANS of PULLMAN STANDARD ... THANK YOU. We are very excited for the new year! Keep spreading the word about us, thank you for coming out to the shows and singing along with all of your heart. You are the fuel to our fire that keeps us doing what we love. Know that every long drive to the next show is so worth it when we see all of you waiting to see us.

Oops, you forgot something.

The words you entered did not match the given text. Please try again.

Reply LukeHem
9:22 PM on June 9, 2019
Luke Bryan is my favourite US contry singer. His strong voice takes me away from all problems of this planet so I start enjoy my life and listen songs created by his voice. Now the singer is going on a tour in 2020. The concerts scheduled for this year, up to the mid-October. Tickets are available for all men and women with different income. If you love contry music, then you must visit at least one of his concert. All tour dates are available at the Luke Bryan tour. Visit the website and make yourself familiar with all powerful Luke Bryan concerts in 2020!

Reply Mirak
10:57 PM on June 14, 2019
Miranda Lambert is my favourite US contry singer. She is young, beautiful and charming woman in her 30s. Her voice takes me away from all troubles of this planet so I can enjoy my life and listen songs created by her voice. Now the singer is on a Roadside Bars & Pink Guitars Tour started in September of 2019 featuring Maren Morris, Ashley McBride and others. The concerts scheduled for this year, up to the end of November. Tickets are available for all men and women with different income. If you love country music as mush as I, then you must visit at least one of her concert. All tour dates are available at the Miranda Lambert tour 2019. Visit the website and make yourself familiar with all Miranda Lambert concerts in 2020!

Oops! This site has expired.

If you are the site owner, please renew your premium subscription or contact support.